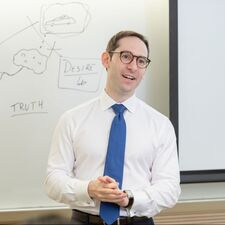 I was born in Sarzana (SP, Italy) a long, long time ago. I grew up in Bolano (SP) and Sarzana (SP), studied philosophy at the University of Pisa (Laurea vecchio ordinamento, equivalent to BA+MPhil, my thesis was on modal realism and modal logic) and Scuola Normale Superiore (PhD, obtained in 2009 with a thesis on counterfactuals and the epistemology of modality). While a PhD student, I spent some time first at the University of Sheffield (UK) and then almost two years at the University of Leeds (UK). After my graduation, I worked for two years as part-time lecturer at Lingnan University (2009–2011) and then as full time lecturer at the Hankuk University of Foreign Studies (South Korea) for one year (2011–12). I moved back to Hong Kong to take up an Assistant Professor position at Lingnan in 2012 and was promoted to Associate Professor (with tenure) in July 2017. I took up the positions of Head of Department (Philosophy) and Associate Dean (Research and Postgraduate Studies, Faculty of Arts) in August 2020. In addition to these roles, I am the director of the Hong Kong Catastrophic Risk Centre, a research centre at Lingnan (from January 2022).